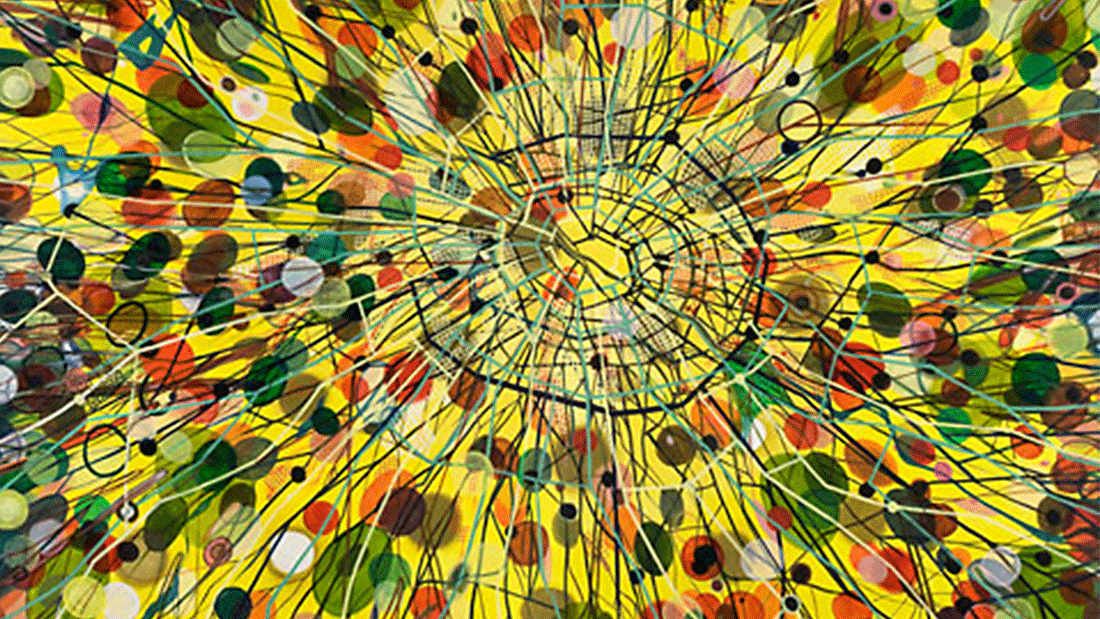 Please join us for a Studio Visit with Vancouver based artist Landon Mackenzie who has built an impressive body of work. Perhaps best known for Lost River Series, and her complex mapping paintings, Mackenzie’s pictures are widely exhibited in Canada and internationally and collected by museums including the National Gallery of Canada, the Vancouver Art Gallery, the Art Gallery of Ontario, the Montreal Museum of Fine Arts and the Musée d’art contemporain de Montréal, among others. Raised in Toronto, She hold a BFA from Nova Scotia College of Art and Design (NSCAD) in Halifax (1972-1976) and an MFA from Concordia University in Montréal (1979). She has received numerous awards including the Golden and Diamond Queen Elizabeth II Jubilee Medals, and the (2017) Governor General’s Award in Visual and Media Arts. Her work has been extensively written about. Based in Vancouver, Mackenzie is professor at Emily Carr University.