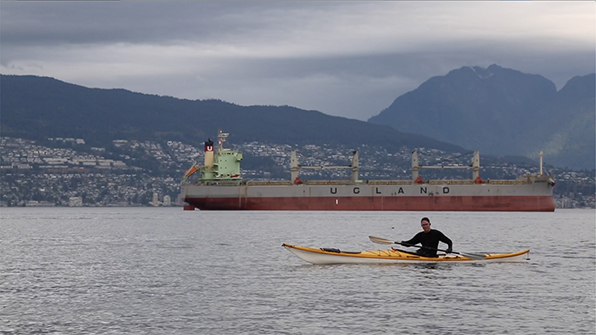 Please join us for an exhibition tour led by Jeffrey Boone of the current exhibition “Point of View”.

“Point of View”, showcases the work of Inuit artists working in a range of new and traditional media. The group show features the contemporary expressions of a new generation of artists working in Inuit Nunangat as well as the Inuit diaspora.

The exhibition’s title is a direct quote from Isuma’s 1985 film, From Inuk Point of View, the first film project ever to be awarded Canada Council funding. Isuma’s breakthrough marked a seminal moment of artistic emancipation from the systems and modes of art making that had previously been accessible to Inuit, simultaneously asserting that there is a distinct perspective to be shared by, about, and for Inuit.

Gabrielle L’Hirondelle Hill (b. 1979) is a Cree and Metis artist who lives and works on the unceded territories of the Sḵwx̱wú7mesh, Musqueam, and Tsleil-Waututh peoples. Hill’s sculptural practice explores the history of materials to enquire into concepts of land, property, and economy. Most recently, her work has shown at Cooper Cole (Toronto); Polygon Gallery, and the Morris and Helen Belkin Gallery (Vancouver); the Alberta Art Gallery (Edmonton); SBC galerie d’art contemporain (Montreal) and STRIDE gallery (Calgary).